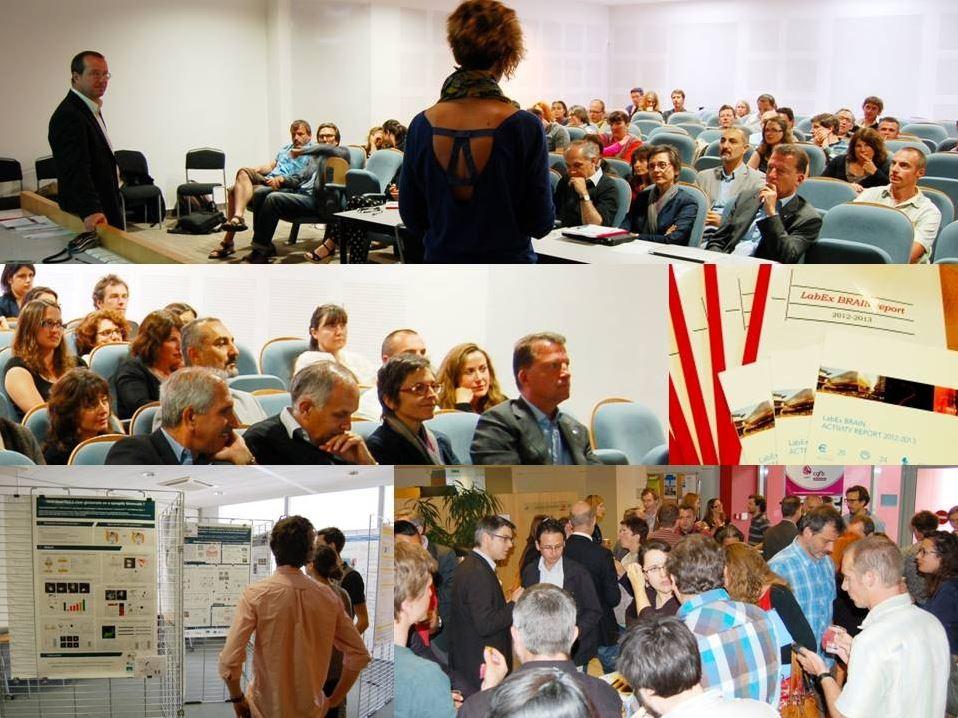 The SAB meeting of the Labex BRAIN took place on May 19-20th 2014 at the Bordeaux Center of Functional Genomics.

The 4 members of the committee present (Arthur Konnerth, Chairman, Rob Malenka, Carmen Sandi and Claudio Bassetti) had been introduced by Daniel Choquet who presented Bordeaux Neurocampus and BRAIN, BRAIN different actions leaded during the first 2 years and the future strategy. Then, Erwan Bezard reported the transfer programme and Claire Herzog described the project of the Bordeaux School of Neuroscience.

Nathalie Sans (Biochemistry facility), Christel Poujol (Bordeaux Imaging Center) and Pierre Philip (Phenovirt) presented  the activity of their respected facilities and the LabEx input, and they were followed by Anne-Sophie Hafner and Matthias Haberl, 2 students supported by BRAIN for the PhD extention grant.

After a poster session, a visit of BIC, the IMNc and Phenovirt, the SAB committee met the steering committee.

A social event was organized at Château Pape Clément in the presence of all the facilities’ heads and Bordeaux Neurocampus team leaders or their representatives.

On Tuesday May 20th, the SAB committee gathered in order to write their report and then exposed theirs suggestions during a last discussion together with Daniel Choquet and Claire Herzog.